So this blog has been radio silent for a while now! That's what happens when you switch jobs, buy a house, and go on an international trip, all within a few months. But now that the dust has settled, its back to business as usual.

So my new job allows me to have a few extra days off -- anytime the government is closed, we are closed too! So with that, my fellow researcher Cindy Catanzaro and I have been busy! One trip to Richmond, Indiana, one trip to eastern Cincinnati and Wilmington, Ohio - and our most recent trip to western Cincinnati and the tri-state area.


Today, we are going to talk the Newbury.
Specifically, the Newbury I spotted in Sayler Park, which is a small area to the west of Cincinnati. Sayler Park has always been full of Sears homes - especially the more rarer kind. So when we were driving through, a roofline caught my eye. I sputtered, trying to get words out, but more importantly, to get Cindy to stop the car.

"This is familiar!" I was flipping the pages of Houses By Mail. "I don't know what, but this is something!" 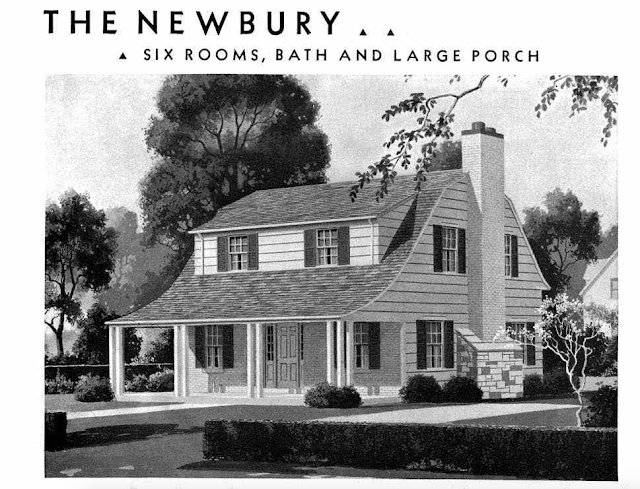 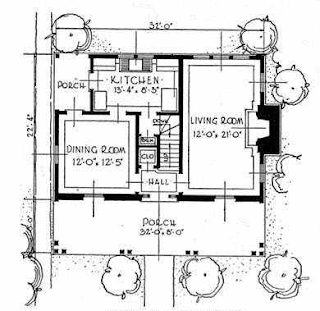 I've always been a fan of the swoopy roofs of the 30's and early 40's, and the Newbury is no different. Obviously there are some minor differences between the Newbury at 164 Elco St and the catalog page - but the basics are right.

The windows are in the correct places, the swoopy roof is there, and more importantly, the sketch matches on the Hamilton Auditor page. 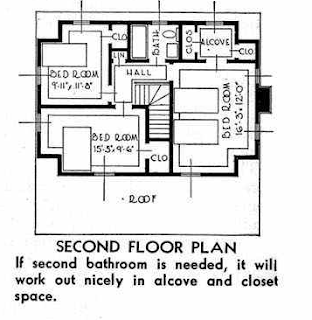 The only big things I noticed was that the floor plan was flipped and that the small porch off the kitchen had been enclosed - which makes sense, because who wouldn't want a bigger kitchen?

While this Newbury isn't authenticated, we do have a bit of information about the original owners - John and Martha Rose.

John and Martha built the Newbury circa 1941, according to the auditor.  John is mentioned a few times in the Cincinnati Enquirer -- in December of 1942, he joined the army to go fight in World War II and returned in November of 1945. The last mention of the Roses, and perhaps the saddest one of all, is the mention of their daughter in 1949 - little 1-year-old Geraldine was the latest child to contract polio. I couldn't find any other mention of the family past that date - the ownership card on the auditor page said that the Rose family stayed in the house until October of 1969, where they sold it to the current owners. 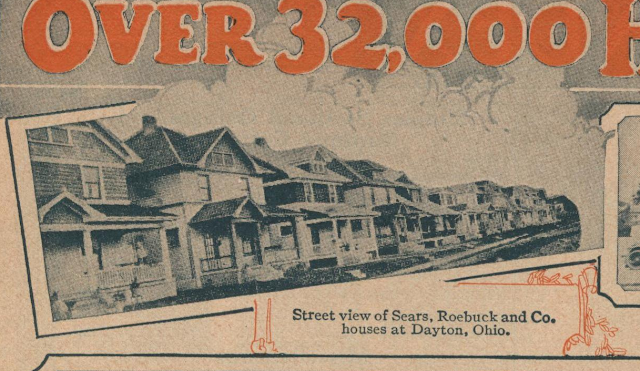 A Street of Sears Houses in Akron